Skip to content
Home/Blog/What do BONOSS LC300 wheel spacers do for your car?

What do BONOSS LC300 wheel spacers do for your car?

What do LC300 wheel spacers do for your car? And today  we are going to bring you the answer, before we start, let’s figure out the first thing

(These photos come from Network or our customers, if there is any infringement, please contact us immediately to delete them.)

It is reported that the new car is based on the TNGA platform, and the appearance adopts Toyota’s latest family design, which is more atmospheric and fashionable than the current model. The front face seems to be somewhat similar to the smooth road, and the power may be launched with a 3.5T twin-turbocharged engine fuel version and a 3.5 hybrid version composed of T+ motors. Not as the same as the old LC200, LC100, the PCD of LC300 2022 is 6×139.7, though the old LC200 and LC100 were 5×150.

In the picture, we can see that the lines of the new car are more square than the cash, so it can be inferred that its appearance will be more “Aggressive”. In addition, the new car will continue to be equipped with a non-load-bearing body and equipped a four-wheel-drive system with excellent performance. The body length is slightly smaller than the current 200 series, but the width is the same; however, the weight will be more than the current model due to the addition of a hybrid assembly. You can’t deny that it’s heavier, but the power performance of it will far exceed the current model, the traction will exceed 3674kg. 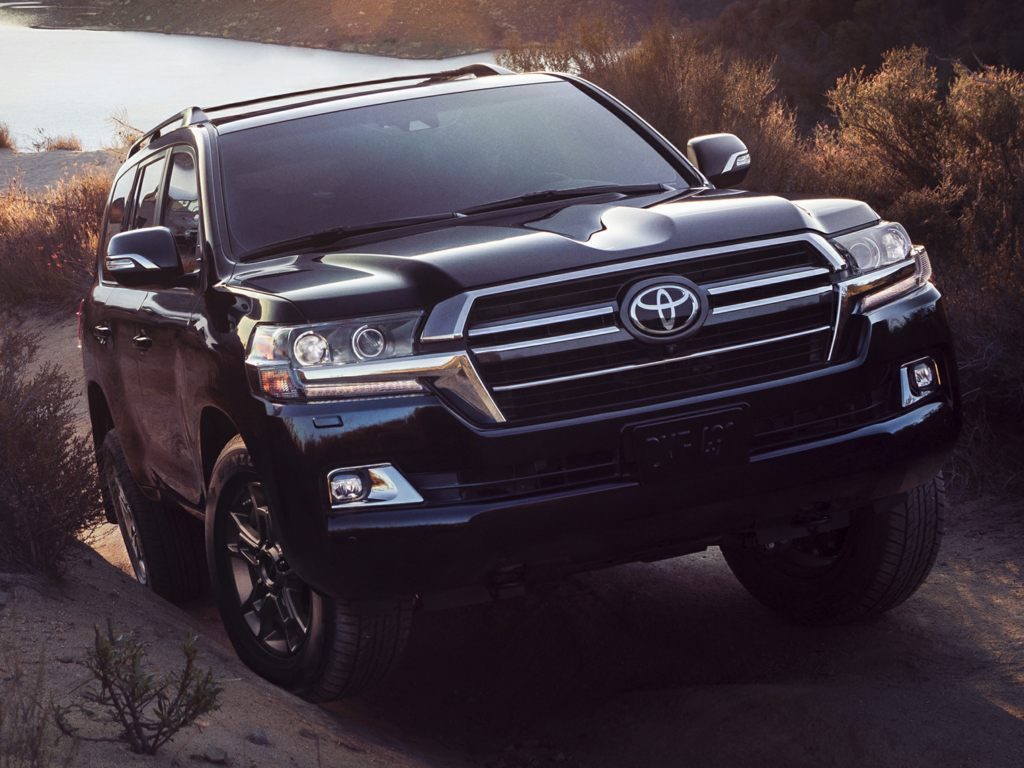 What do LC300 wheel spacers do for your car?

LC300 wheel spacers change the appearance of your car

When you are ready to level up your Land Cruiser 300, it is a smart choice to upgrade your fenders or wheels. Most people choose to widen their fenders. But after this widen upgrade, a not ideal clearance between the wheels and wide fenders appears, and it always makes you feel like you need something to fill in this blank space. This is because the widened fenders make the LC300 stock wheels look more inset in the suspension. Generally, widebody builds include the upgrades of larger-size wheels and bigger brake kits. This is to make the wheels flush the wide fenders, which gives your LC300 a unique appearance and gives it an outstanding look among original manufacturer LC300. Installing LC300 wheel spacers is one of the simplest and most cost-effective options to get a flushed fender line. After your LC300 upgrade, the fitment of LC300 wheel spacers makes your wheels completely be flushed with the fenders. Tidy and clean.

LC300 wheel spacers improve the performance of your car

The performance here focuses on the stability of the LC300 and the improvement of the LC300’s cornering roll. The further a wheel is mounted from the hub assembly the better its grip, or traction. And because the wheels sit further away from the hub assembly, the traction that a vehicle has when cornering improved after installing BONOSS wheel spacers, which help your LC300’s body more stable when cornering.

However, here’s a thing that most people concerned about, which is the safety of installing wheel spacers on LC300. Most people ask that will the spacers drop off easily? The answer is a NO. BONOSS wheel spacers are hub-centric wheel spacers, which offer a better system of support and stability. They are designed to make a snug connection between the wheel and vehicle hub, ensuring the hub carries the weight of the car instead of the lug bolts.

Due to non-hub-centric design, there is a certain gap between the axle and the hub, which means that the wheel is centered by the lug studs rather than by the vehicle hub. Without firm contact, lacking the hub’s support, the studs play the role of bearing the road impacts. Some fierce impacts are strong enough to deform the studs, making the wheel no longer concentric with the hub, resulting in vibrations. Even worse, it may damage the wheel’s center bore.

Instead, hub-centric wheel spacers are set to the axle stably, bearing most of the weight of wheels and share a part of road impacts. therefore, vibration between the hub and the wheels is almost reduced to zero, thereby, the possibility of the wheels or spacers dropping off from the vehicle body also refuced.

Installing LC300 wheel spacers allows people to mount custom wheels to their LC300, get rid of the limit of bolt patterns. since people are not restricted to using one particular bolt pattern for their vehicles, they are free to choose tires and wheels that are larger, smaller, or plainly match the vehicle’s appearance better. This also allows you to add larger wheels and larger brake kits on your LC 300, which may also mean that you can have unique wheels or a brake kit that make your car in a class by yourself.

GET YOUR LC300 WHEEL SPACERS NOW!