What is a Ferrari Purosangue stud conversion kit? When removing and installing wheels that use the stock wheel bolts the process can be troublesome, lining up the bolt holes, holding the wheel up with your legs, then cross-threading the bolts at the same time. For changing your Ferrari Purosangue wheels, wheel bolts are actually not as convenient as wheel studs. Then wheel stud conversion kit gives an easier and stronger fasten method than using the stock wheel bolts for your Ferrari Purosangue. The studs also allow for the safe use of various thickness wheel spacers – a highly effective feature for those that anticipate using different spacer size setups in the future. It is a much quicker method to swap wheels during track days.

What Are the Advantages of Ferrari Purosangue Wheel Stud Conversion?

The Ferrari Purosangue wheel stud conversion kit provides an easier wheel mounting method and a more competitive stance. The kit includes a kind of special studs with both ends threaded. The short end is threaded in the hub assembly according to the factory size and tightened with the required torque. On the other end, the wheel is fastened with lug nuts. It offers an easy way to align the wheel, which makes it more fluent to change wheels. If you really like studs with an aggressive look or need to install different thickness wheel spacers, then a Ferrari Purosangue stud conversion kit would be very suitable for you. The studs’ length is capable to adjust to get proper fasten, you do not have to change to another set of extended bolts. In addition, wheel stud conversion enables your Ferrari Purosangue to install lug nuts of various styles. Both ball and conical seat lug nuts are compatible, which is flexible for most stock or aftermarket wheels of Ferrari cars. It is a simple but high effective upgrade. 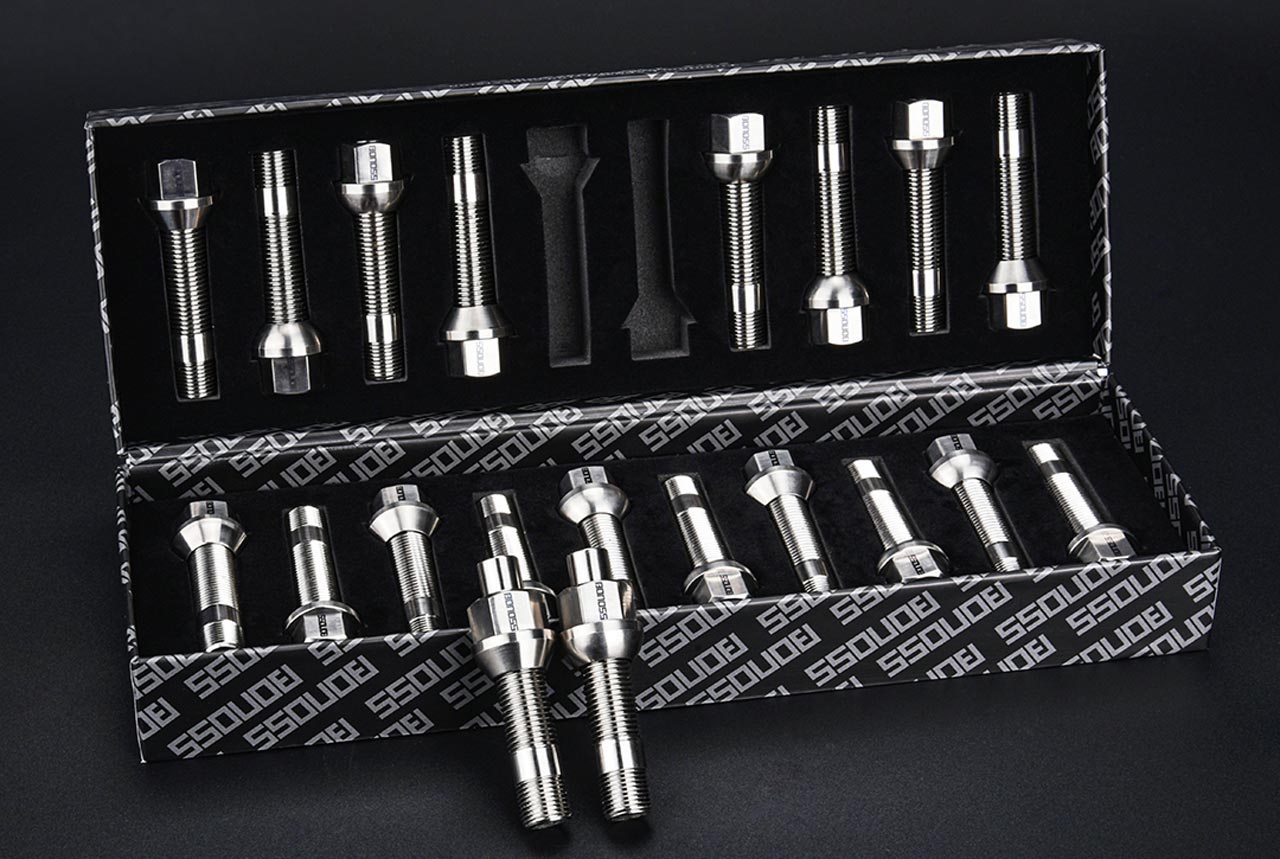 What is the Performance of Ferrari Purosangue Stud Conversions?