X
Skip to content
Home/Blog/Wheel Stud Conversion VS Wheel Bolts, Which One Is Better？

Wheel Stud Conversion VS Wheel Bolts, Which One Is Better？ 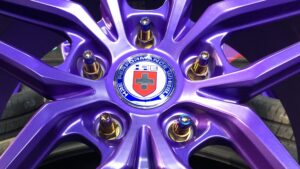 What Are the Benefits of Wheel Bolts?

Wheel bolts are used as one-piece components, and their simple construction reduces production costs, as automakers only need to machine the threads and bolts, and most of them are formed in one piece, making them easier and cheaper to produce than wheel stud conversion. In addition, wheel bolts are lighter in weight than a system of lug nuts and wheel studs because fewer parts are used to hold them in place, and theoretically, the reduced rotating mass contributes to faster acceleration and shorter braking distances. But obviously, in the actual driving of these weights and will not notice. 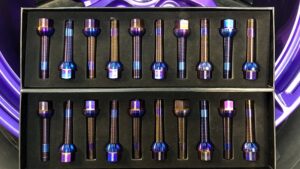 What Are the Benefits of Wheel Stud Conversion?

The third benefit is to reduce the possibility of parts damage, the more times you install and remove the wheels (adjusting the offset or replacing aftermarket wheels) the greater the possibility of damaging the parts, if you are fixed by wheel stud, you may face the risk of wearing out the bolts and nuts during the removal of the stock wheel studs, for fixed wheel studs, cross-threading is fatal, and replacing a wheel stud often makes you annoyed. Using a wheel stud conversion semi-fixed product can avoid this situation while taking BONOSS titanium wheel stud conversion as an example, the titanium material has higher strength and hardness and will not cross-thread. Even if the threads are damaged, it is easy to replace them.

The fourth benefit is that the studs have more consistent torque when using lug nuts. The interface between the threads on the lug nut and the stud is always the same amount of thread. This allows for consistent torque values for all studs. Conversely, when using wheel bolts, more torque is required to complete the friction between wheel bolts and wheels, and more threads need to be engaged with the wheels. Overstretching of the wheel bolts can lead to mechanical material fatigue and shear, and calculating the correct torque and number of safe turns is necessary. 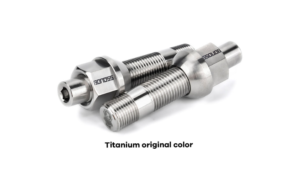 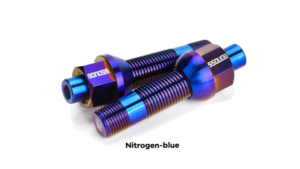 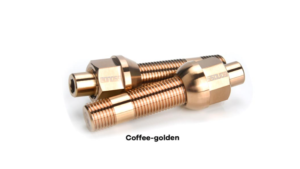