Skip to content
Home/Blog/Why use Wheel Stud Conversion Kit instead of Wheel Bolts?

Why use Wheel Stud Conversion Kit instead of Wheel Bolts?

Changing wheels on your own is never easy work for European cars (BMW, Audi, VW, Porsche…). When removing and installing wheels that utilize the factory wheel bolts the process can be frustrating, holding the wheel up with your legs, lining up the holes, and threading the bolts all at the same time. What’s worse, on a rainy day, at the high-speed roadside or other harsh environments, it is hard to align the holes, can easily get mad when trying again and again, but fail again and again.
Compared with the Japanese cars (Honda, Toyota…), the studs are mounted in the hub and stuck out beyond the brake rotor hat. The wheels are mounted using lug nuts, which are screwed onto the studs. This makes it easier to disassemble and assemble wheels without having to worry about lining everything up.
By using the wheel studs conversion, you can make the European cars (BMW, Audi, VW, Porsche…) “transform” into the form of the Japanese cars (Honda, Toyota…), so it is called “conversion”. 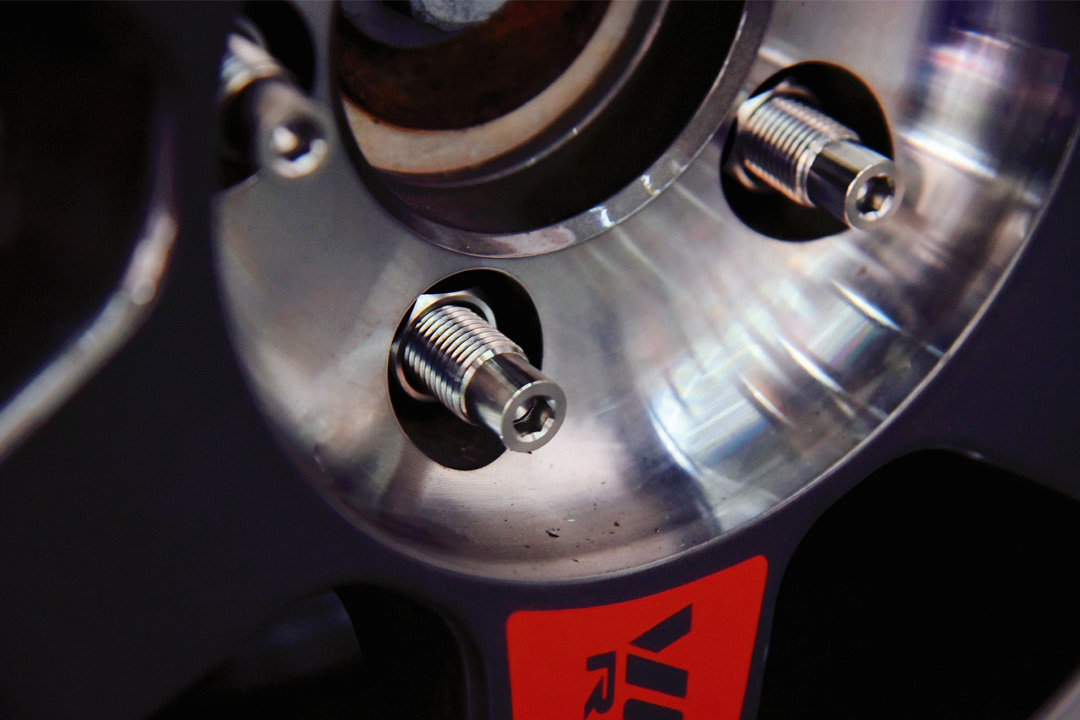 For some situations, such as widening the wheelbase, or changing to a larger brake caliper, if the rotor hat cannot pass the brake caliper, the wheels won’t be fastened tightly, which cause an accident. In such a case, wheel spacers must be added. By correcting the offset, truly guarantee safety.
After installing wheel spacers, the factory wheel bolts will not be long enough, reducing the number of laps for threading. In the case of intense driving, it will cause kinds of security issues. Meanwhile, the length of the stud conversion can be customized flexibly, which makes it possible to install different offset aftermarket wheels.

By installing a stud conversion kit, you can use wheel lug nuts. On the market, there is numerous lug nuts style, some of them are really pretty and cool. How to install them on your BMW, Audi, VW, or Porsche? The studs conversion will do the job perfectly. Besides, the nuts can be replaced more flexibly, such as wheel lock nuts, lightweight and high-strength nuts. These lug nuts make your car look more manly and aggressive.

Actually, it is sample work. Here are steps for your DIY reference:

1. Firstly install the short thread end on the wheel hub, and then tighten it with an inner hex key. The size of the inner hex key should be 6mm(torque: 20N.m.).

2. After fastening, align and mount the wheel, then use a torque wrench and a 19 size extended socket to install the lug nuts.

3. Use a torque wrench and 19mm extended socket for reinforcement after landing the vehicle, the torque is 140-150N.m.

What’s the difference between wheel bolts and wheel studs?

Wheel studs with lug nuts are mostly used on Japanese-made cars (such as Honda, Toyota). The studs are mounted in the hub and protrude beyond the brake rotor hat. This makes it easier to mount wheels without having to hold the wheel up to align the holes. In other words, they make mounting and dismounting wheels a fluent operation for you. The wheels are mounted using lug nuts, which are screwed onto the stud. This also allows you to install some really nice style of lug nuts.

Wheel bolts are usually used on European-made cars (such as BMW, Audi, Volkswagen). The bolts use a threaded stem attached to a tapered head or ball head that matches the wheel holes. They go through the wheel holes, straight screwing into the hub, fasten the wheel in the proper place. The only problem is that the brake rotor rotates freely when taking off the wheel. That means it is hard to realign the holes (since there are no mounted studs in the hub) when you hold the wheel up with your legs reinstalling the wheel and then threading the bolts.